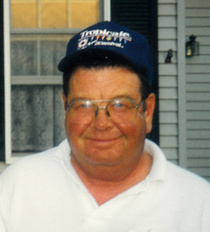 William J. â€œPeeWeeâ€ Maass, 69 of Streator passed away Sunday (May 18th) at Heritage Health in Streator.
A visitation will be held on Thursday from 4-7PM at the Winterrowd Funeral Home.
Funeral services will be held on Friday at 10AM at the funeral home.
Burial will be in Summitview Cemetery in Ottawa.  Pallbearers will be Jerry McCurdy, Jay Gebhardt, Bernie Gertz, Dick Garvey, Phil Klein and Phil Klein, Jr.
Bill was born on August 23, 1944 in Ottawa, Illinois to Lester and Martha (Lindsay) Maass.
Surviving is brother, Donald Maass of Streator and sister, Jane (Dick) Garvey of Sycamore.
He was preceded in death by his parents and a brother and sister in infancy.
Bill attended Grand Ridge grade school and Ottawa High School.
He served in the Air Force during Vietnam, was a member of the Streator VFW and retired from Hatzer Ready Mix in Streator.
Bill was of the Episcopal faith.
Memorials may be directed to the charity of the donorâ€™s choice.

To order memorial trees or send flowers to the family in memory of William "PeeWee" J. Maass, please visit our flower store.