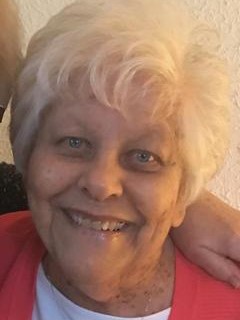 A private mass will be held at St. Michael the Archangel Church in Streator.  Monsignor Phillip Halfacre will officiate.  Directly following will be a private family burial at St. Stephen’s Cemetery.

She is survived by a son John (Melissa Scott) Barickman of Streator, daughters, Julianna Harcharick of Streator and Christina (Dave) Demiduk of Oswego, 1 grandson Evan Demiduk, several nieces and nephews and a special friend Alice Schultz.

Born and raised in Streator, she attended St. Mary’s Grade School and Streator High School.  Theresa was a wonderful homemaker and an amazing baker.  She loved to make Christmas cookies and was a expert at making rozek rolls.  Theresa was an avid Chicago White Sox baseball fan, and had several highlights from her team.  Theresa was at Game 1 of the 1959 World Series when the Sox beat L.A. 11 – 0.  She also had a personal home visit from Ozzie Guillen.

Her most cherished gifts were her children.  Theresa loved spending time with her granddogs.

In lieu of flowers, the family would be honored if a donation was made to the Diabetes Association in her name.

To order memorial trees or send flowers to the family in memory of Theresa M Barickman, please visit our flower store.