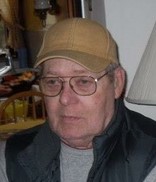 He is preceded in death by his parents, brothers Ralph and Raymond, sister and brother in-law Esther and John Vogelbacher, brother-in-law John Mays and in-laws Arnold and Eleanore Hagie.

Russell attended high school at the North Clarion High School in Clarion, PA and also attended St. Joseph’s Catholic Church in Marseilles.  He was formerly employed at Owens Illinois Glass and retired from Red Wing currently Con Agra Foods and after retirement he helped out at the Prairie Dale Farms in Grand Ridge.

Memorials may be made in his name to the Grand Ridge Fire Department.

To order memorial trees or send flowers to the family in memory of Russell E. Siegel, please visit our flower store.