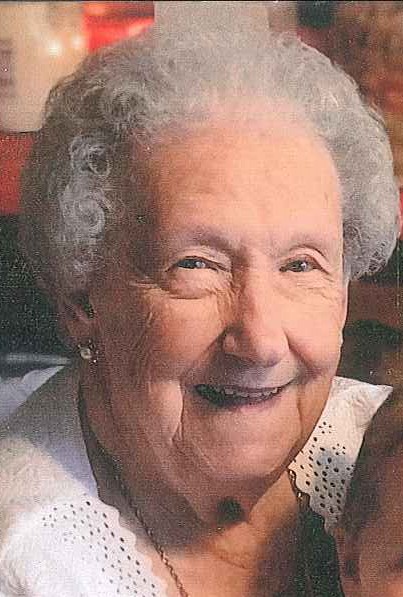 Visitation will be held Friday (July 17th) from 5 – 8 PM at the Winterrowd Funeral Home.  Funeral services will be held Saturday (July 18th) 10 AM at the funeral home.  Burial will be in St. Stephen’s Cemetery.

She is preceded in death by her parents, husband, son in law Rob Hawthorne, 5 brothers and 7 sisters.

Ruby had been formerly employed at Owen’s Illinois Glass, Goslin Drug Store and Georges Candies and after her husband Elmers  passing she was care giver and she was a member of the Grace Community Church.

Memorials may be made to the family for an organization to be determined.

To order memorial trees or send flowers to the family in memory of Ruby Jean Stasko, please visit our flower store.