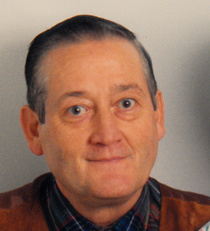 Roy McClenning, 74 of Round Lake Heights passed away Thursday (Feb. 26) at HCR Manor Care in Libertyville, IL.
A visitation will be held on Tuesday from 11-1PM at the Winterrowd Funeral Home.
Funeral services will be held on Tuesday at 1PM at the funeral home.
Burial will be held in Hillcrest Memorial Park.
Roy was born on February 19, 1941 in Patterson, Illinois to Lloyd Basil and Edna Marie (Benton) McClenning.
He married Gloria Uribe Ocampo in January 24, 1991.  She survives.
Surviving are sons, Keith, Mark, Rex, Royce and Reymondo McClenning  and daughters, Tammy and Gabriela McClenning, sisters, Sybil Stewart of Mesa, AZ, Samantha Bailey of Streator, Mary McClenning of Tonica, and Linda Scalf of Bloomington, brother, Henry  (Stephanie) McClenning of Tonica and multiple nieces and nephews.
He was preceded in death by his parents, brothers, Carl and Floyd and Lloyd McClenning , sisters, Sylvia Webber and Dorothy Tealbey and nephews, Russell  and Robert â€œBobbyâ€ Tealbey nieces Cynthia Johnson and Lisa Tealbey.
Roy attended Kraft grade school and graduated from Streator High School in 1961.
He worked at Fullerton Metals in Wheeling and retired from Wieland Metals in Wheeling.
Memorials may be directed to the family of Roy McClenning.

To order memorial trees or send flowers to the family in memory of Roy K. McClenning, please visit our flower store.