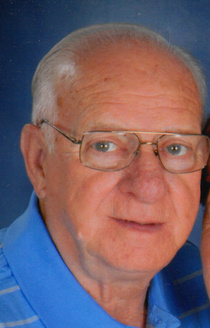 Robert "Bob" L. Knickerbocker, 74 of Streator passed away Wed. afternoon (Dec. 18th) at St. Mary's Hospital.
A visitation will be held Friday from 4 - 7PM at the Winterrowd Funeral Home.  Funeral services will be held Saturday 11AM at the funeral home.  Burial will be in Hillcrest Memorial Park.  Serving as pallbearers will be Jerry, Adam, Andrew and Justin Cave, Nathan Billups and Ben Rogers. Honorary pallbearers will be Jessica Billups and Angie Rogers.
Bob was born on October 29, 1939 in Peoria to Howard and Dorothy (Sackman) Knickerbocker.  He married Shirley Cave on July 2, 1976 and she survives.
Also surviving are children Robert Knickerbocker Jr., Diana Youngblood and Steven Knickerbocker all of Tulsa, OK, several grandchildren, great-grandchildren, brother Ronald Knickerbocker of Peoria and several nieces and nephews.
Bob is preceded in death by his parents, sons Timothy and Ricky Knickerbocker, In laws Roy and Florence Cave and brother-in-law, Jerry Flemming.
He attended Peoria Grade and High Schools and was a member of the Central Church of Christ and a former member of the Streator Eagles Club. He worked for Luckey Trucking Co for 18 yrs as a dispatcher and presently a driver for Vactor Mfg.
Memorials may be made to the family of Bob Knickerbocker or to Central Church of Christ

To order memorial trees or send flowers to the family in memory of Robert Lee Knickerbocker, please visit our flower store.