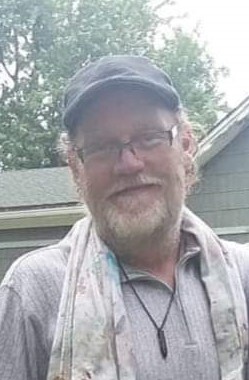 He attended Streator grade schools and Streator High School.  Bob was formerly employed at Transco until his illness and also had the “Art of Robert L. Gray Sr.”

Bob was an amazing husband, father, brother, uncle, cousin, and friend.  Bob was the kind of guy that would give you the shirt off of his back even if you told him you didn’t need it. He was always available for a laugh and was notorious for teasing you or just giving you one of his infamous smart aleck remarks. Over the last few years Bob suffered from a neurological disease called CRPS/RSD which caused immense pain mentally and physically. Bob was an amazing artist and found his talent and passion for art to be a great therapy to keep him motivated and happy even during some of the tough days. He could draw everything and always amazed his family and friends with his talent and eye for art. He was quite the Star Wars and DC Comics nerd.  He was also huge rock music fan especially Alice Cooper.  Even though he may have sometimes had a “bad boy” personality he would scream like a girl if there was a spider in sight! Spending time with his family, friends, and dogs was one of his greatest joys. Bob was one of the biggest Chicago Bears fans we knew and would always root for them even when they were down! There is a giant hole in our hearts and in the universe without the joy of Bob in this world as he was taken from all of us too soon.

Memorials may be made to the family of Robert Gray Sr.

To order memorial trees or send flowers to the family in memory of Robert Lee Gray Sr., please visit our flower store.