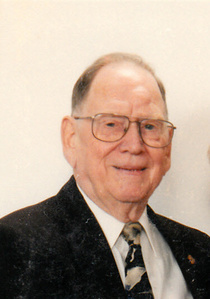 Paul â€œEdâ€ Mondy, 85 of Streator passed away Thursday afternoon (May 21st) at OSF St. James Hospital, Pontiac.
A private family service will be held at the Winterrowd Funeral Home.  Burial will be in Hillcrest Memorial Park with flag folding by members of the Streator American Legion and VFW.
Serving as pallbearers will be his nephews.
Ed was born on April 15, 1930 in Grand Ridge to John W. and Cora (Brookman) Mondy.  He married Catherine Bright on February 15, 1953. She survives.
Also surviving is a son Dale Mondy of Streator, sisters Wilma Stuckey of Morris, Madge (Donald) Cameron of Streator, Louise Terando of Morris, sister-in-law LaVerna Roach of Streator and several nieces and nephews.
He is preceded in death by his parents, a son Timothy David Mondy, brothers Wilburn, Warren, Albert, Eugene, Delmar and Marvin Mondy, sisters Bess Stuckey, Oleta Shrum and Vivian Higgins.
Ed attended Grand Ridge Grade School and graduated from Streator High School in 1948. He served in the US Army from 1951 till 1953 stationed in Germany.  He retired from Streator Brick and also enjoyed woodworking with his son Dale.  Ed was also a member of the First United Methodist Church.
Memorials may be made to Streator Unlimited or Knox Estates.

To order memorial trees or send flowers to the family in memory of Paul Edward Mondy, please visit our flower store.