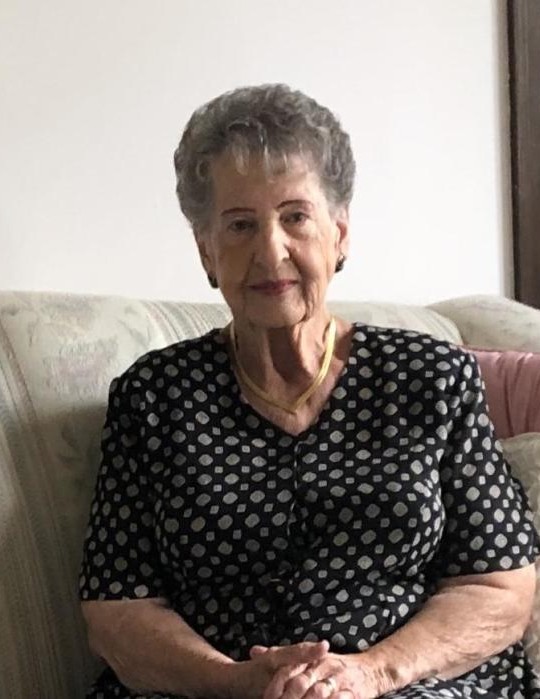 Norma Jean (Robertson) Nevin, longtime resident of Grand Ridge, IL, died early in the morning of Wednesday April 15th, 2020 in her home where she lived for 61 years.  She was a loving wife, fearless mother & grandmother, breast cancer survivor, and was an inspiration to her family.

Born in Streator IL on November 11th, 1936, daughter of Donald and Dorothy Robertson, both deceased.  Norma lived in Streator until she met her beloved husband, Richard (Dick) Nevin to whom she married in 1956. They settled down in the village of Grand Ridge, where they were the loving parents to 7 children.

She is preceded in death by her husband Richard Nevin, brothers Paul, Jerry and Jack Robertson, and son Stephen Nevin.

Throughout her life Norma worked as a secretary of Jobst Daughter’s, nurses assistant and a housekeeper but her true passion was being the core of her family.  She enjoyed singing in choir at St Mary’s of the Fields, traveling, card clubs, and the theater.  Her love of music began in the Streator High School Choir.

Her celebration of life will be held at a later date. In the meantime, the family wishes to express their deep gratitude to so many family members, dear friends and wonderful health care providers who faithfully accompanied Norma through the long journey of her illnesses and now over into her new life in God.

To order memorial trees or send flowers to the family in memory of Norma Jean Nevin, please visit our flower store.

Celebration of Life service to be held at a later date