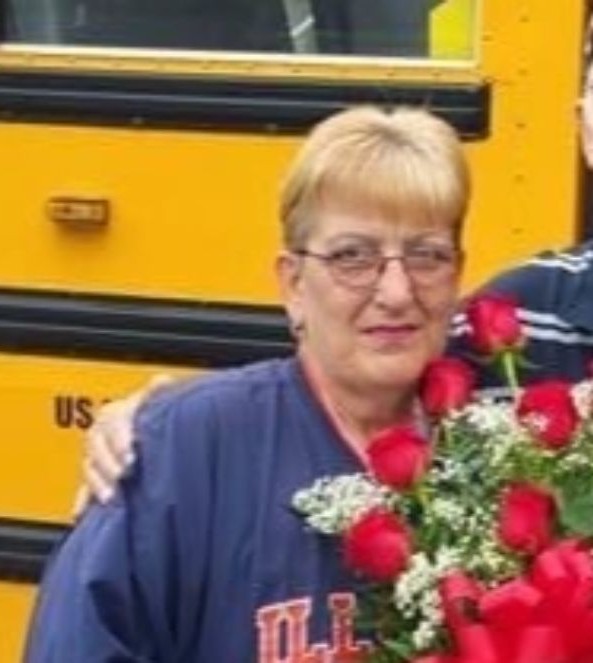 A memorial visitation will be held Monday from 5 – 7 PM at the Winterrowd Funeral Home. Memorial services will be held at 7 PM at the funeral home.
Naomi was born on July 23, 1959, in Germany to Monty and Isolde Turner. She married John Petersen Sr. on May 5, 1979. He survives.
Also surviving are sons, John (Chasidy) Petersen Jr. of Licking, Mo and Christopher (Lori) Petersen of Streator, 8 grandchildren, Johnathon, Emily, Peyton, Olivia, Hunter, Julian, Araya and Austin. Also surviving is her father Monty of Fredericktown, MO, 3 sisters of Germany, aunts, Marcia Whipple of Norwood, MO and Heidi Turner of Leonore, several nieces, nephews and cousins.
She is preceded in death by her mother and 2 brothers Peter and Monty Jo.
Naomi was employed as a school bus driver for Illinois Central School since 2008. She served as past president of the Streator Eagles Women’s Auxiliary. Naomi enjoyed playing poker, euchre and bingo and spending time with her grandkids.
Memorials may be made to either the American Diabetes Association or American Cancer Society.

To order memorial trees or send flowers to the family in memory of Naomi A. Petersen, please visit our flower store.