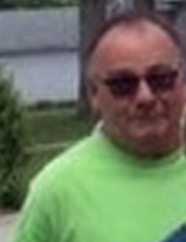 He is preceded in death by his parents, sister, Michelle Sopko, mother-in-law JoAnn Hahn.

Mike attended Streator Grade Schools and graduated from Streator High School in 1979 and was employed at Rhodes Auto for 25 years and many years helping out at the Winterrowd Funeral Home.

He was of the catholic faith.

Memorials may be made to the family of Michael O’Brien.

To order memorial trees or send flowers to the family in memory of Michael D. O"Brien, please visit our flower store.