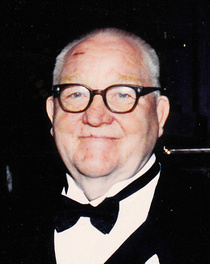 Lloyd H. McClenning, 81 of Streator passed away Sunday (March 23) at Ottawa Pavilion in Ottawa.
Graveside services will be held on Friday at 2PM in Rutland Cemetery.
Winterrowd Funeral Home is in charge of arrangements.
Lloyd was born on August 27, 1932 in Patterson, Illinois to Lloyd Basil and Edna Marie (Benton) McClenning.
Surviving are sons, David McClenning of TX and Scott (Mary) McClenning of CA, brothers, Henry  (Stephanie) McClenning of Tonica and Roy (Gloria) McClenning of Round Lake Beach and sisters, Sybil Stewart of Mesa, AZ, Samantha Bailey of Streator, Mary McClenning of Tonica, and Linda McClenning of Bloomington.
He was preceded in death by his parents, brothers, Floyd and Carl McClenning and sisters, Sylvia Webber and Dorothy Tealbey.
Lloyd attended Streator schools and was a member of Calvary Baptist Church.  He served in the U.S. Army during the Koren War and later worked at Owens Illinois Glass as a machine operator.
Memorials may be directed to the family of Lloyd McClenning.


To order memorial trees or send flowers to the family in memory of Lloyd Howard McClenning, please visit our flower store.