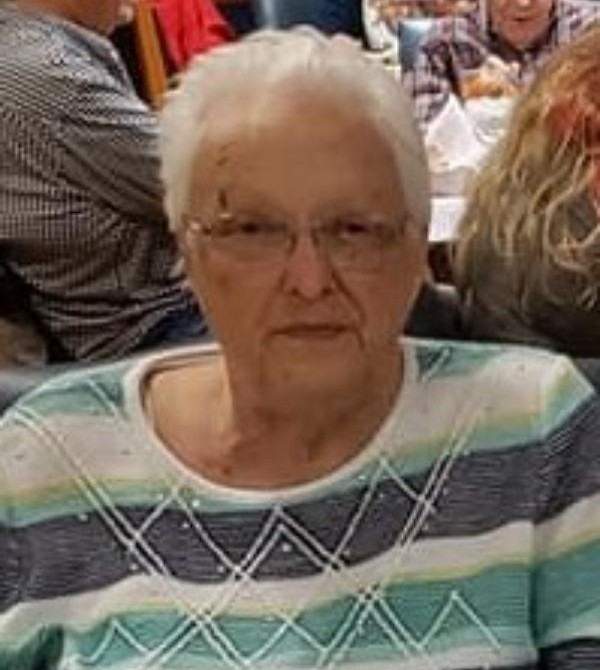 Juanita M. Garrett, 83 of Rockford and formerly of Streator passed away Thursday morning (December 9, 2021) at her daughter’s home in Rockford.

Visitation will be held Thursday from 4PM-5:30 PM at the Winterrowd Funeral Home with funeral to follow at 5:30PM.
Burial will Friday at 10:30AM in the Abraham Lincoln National Cemetery, Elwood, IL.
Juanita was born on August 5, 1938, in Ottawa to George and Fern (Waggener) Kennedy. She married Lee Garrett on July 6, 1957, he passed away April 9, 2019.
Surviving are her daughters Brenda Garrett of Rockford, Sherry (Edward) Meine of Sunbright, TN and Cindy (John) Cannon of Decatur, her grandchildren, Anna Alexander, Emily Meine, Isabelle, Kennedy and Jacob Cannon, and her great-grandchildren, Gideon Alexander, Ellowyn Alexander and Madelyn Whitehouse, and her sister, Penny (Gerard) Besenhard of Utica.
She is preceded in death by her husband, parents, grandson Austin Alexander, brother, George D. Kennedy, Jr. and sisters, Patricia Lee Forsyth, Donna J. Kennedy and Betty Ann Eutis.
Juanita graduated from Ottawa High School in 1956. She was a Homemaker.
Juanita was a former President of the P.T.A. at Kimes School, Girl Scout Leader and girls softball coach.
The family would like to thank friends and neighbors for their support and to Dr. Evelena Ontiveros of Cancer Care Center of Decatur for treating our mother like her own and to Dr. Vibhay Bansal of Mercy Hospital Interventional Neurology for halting her stroke and giving her 7 more months.
Memorials may be made to the Family of Juanita M. Garrett.

To order memorial trees or send flowers to the family in memory of Juanita M. (Kennedy) Garrett, please visit our flower store.