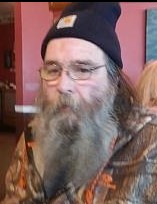 Per his request a celebration of Life for family will be held at a later date.  The Winterrowd Funeral Home assisted the family with arrangements.

Jack attended Streator Grade Schools and Streator High School and Woodland School.  He was baptized catholic.  He was Past Exalted Ruler of the Streator Elks Lodge and the Princeton Elks Lodge.  He enjoyed fishing, camping, supporting the Screaming Eagles and was a fan of the Green Bay Packers, but mostly he loved spending time with family and friends.

To order memorial trees or send flowers to the family in memory of John M. Von Ruden Jr., please visit our flower store.