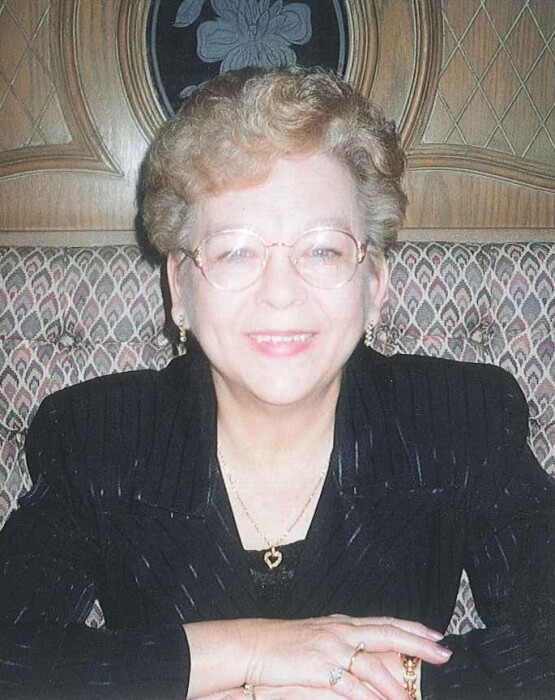 Joan M. (Constantino) Park Beckman was born at John Hopkins Hospital in Baltimore, MD December 8, 1936, the daughter of and Jack and Effie (Thaber) Constantino, both deceased. Her funeral will be at St. Paul’s Lutheran Church, Streator at 11:00 am Saturday, July 24, 2021. Visitation will be from 9:00 – 11:00 am at the church. Burial will be in Hillcrest Memorial Cemetery, Streator. Pallbearers will be grandchildren Nicholas Park, Steven Park, Jimmy Park, Andrew Park, Matthew Reeg, Adam Reeg.

Joan married her high school sweetheart and father of her children Harold J. Park on March 21, 1954, at St. Petri Church, Flanagan. They were married 40 years before his death. Joan then married a longtime friend Eugene W. Beckman on November 25, 1995, at St. Paul’s Lutheran Church. He passed in 2020.

A graduate of Streator Township High School, Joan was employed by Thrifty Drugs, Van Duzer Jewelers, Merle Norman Cosmetics and Kristals. She sang in St. Paul’s Choir for 40 years. Tending to her flower gardens at home and at St. Paul’s was her passion.

Joan deemed her family: children, grandchildren, and great grandchildren her greatest blessing. She followed the family tradition of being a White Sox fan.

Memorial may be given to St. Paul’s Lutheran Church or the donor’s choice.

To order memorial trees or send flowers to the family in memory of Joan Park Beckman, please visit our flower store.