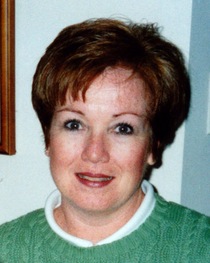 Joan M. Armstrong Donahue, 64 of Ottawa and formerly of Grand Ridge passed away Friday evening (Dec. 26th) at Weiss Memorial Hospital, Chicago.
A visitation will be held Tuesday from 4 - 7 PM at the Grand Ridge Funeral Home.  Funeral services will be held Wednesday at 10 AM at the funeral home.  Entombment will be in Oakwood Memorial Park, Ottawa.  Serving as pallbearers will be son Ryan, sister Kim, Richard Preuss and Bill Bernardoni.
Joan was born on October 7, 1950 in Streator to Samuel J. and Norma (Crank) Armstrong.
Surviving is son Ryan Scott (Stephanie) Terry of Corte Madera, CA, grandsons, Rhys and Declan Terry, mother Norma Armstrong of Grand Ridge and sister Kim Armstrong Smith of Ottawa.
Joan is preceded in death by her father and a son Aaron Terry.
She graduated from Ottawa Township High School in 1968 and LaSalle School of Beauty and was employed as a Claim Adjuster for Delta Dental in Morris Plains, NJ and currently with Ed Condon DDS in Ottawa.
Joan was  a former board member of the Aplastic Anemia & MDS International Foundation.
Memorials may be made in Joans'  name to the Aplastic Anemia & MDS International Foundation.

To order memorial trees or send flowers to the family in memory of Joan Marie Donahue, please visit our flower store.