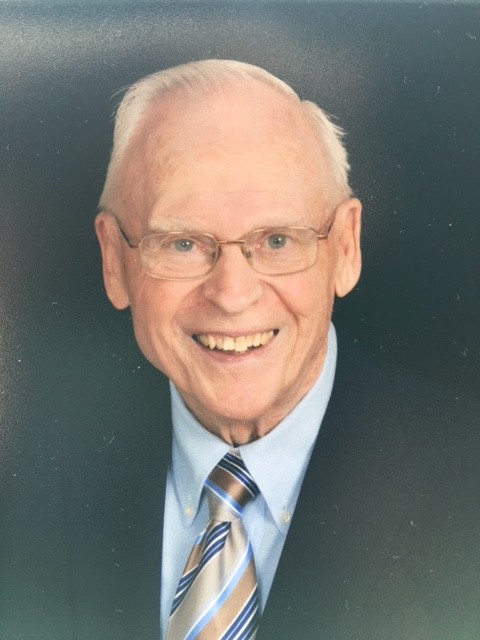 Visitation will be at Winterrowd Funeral Home on Thursday, September 27th from 4-7pm. A memorial service will be held at Central Church of Christ, 2001 E. Main Street, on Friday, September 28th at 2pm.

In addition to his wife and children, Jim is survived by a brother, George, of Rantoul, IL.  He was preceded in death by his parents, Ralph and Alma Blalock.

Jim was a coach, teacher, and administrator at Woodland School for 21 years. He later served as principal at Oakland Park School for 6 years. Following his retirement from teaching, Jim worked for IVCC as a case manager for Dislocated Workers.

Jim’s life was dedicated to Christian service and education.  He was a man of faith and was a member of Central Church of Christ since arriving in Streator in 1966.  At Central, Jim served as an elder for 50 years, taught Sunday School classes and worked in many other capacities. Jim also served on the Board of Christian Homes for 25 years.  Jim was also honored to serve as the Treasurer of the Streator Library Board for many years. Having been an educator, he was a member of the LaSalle County Retired Teachers organization.

Jim was an avid fan of the St. Louis Cardinals since his childhood. As anyone who knew Jim can attest, he was a wealth of information about the history of the club. One of his fondest memories was annually attending Cardinal spring training in Florida with Barbara following their retirements.

Memorials may be directed to the Emerald Coast Autism Center, 80 College Boulevard, East, Niceville, FL, 32578 or the charity of the donor’s choice.

To order memorial trees or send flowers to the family in memory of Jim R. Blalock, please visit our flower store.