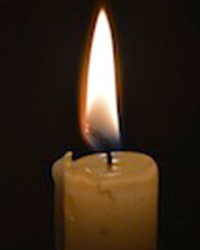 Jesse Eugene Dodge, 70 of Ancona passed away peacefully Monday (August 23th) at his home with his wife and son by his side.

Cremation rites will be accorded.  Per Jesse’s request, there will be no services.

Jesse was preceded in death by his father, son, Jason Dodge and brother, Mark Dodge.

Memorials may be made to the Family of Jesse Dodge.

To order memorial trees or send flowers to the family in memory of Jesse Dodge, please visit our flower store.