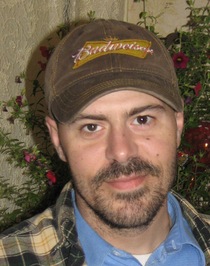 Jason E. Watson, 38 of Streator passed away Wednesday morning (Nov. 19th) at OSF St. Francis Medical Center in Peoria.
A visitation will be held on Friday from 3-7PM at the Winterrowd Funeral Home.
Funeral services will be held on Friday at 7PM at the funeral home.
Cremation rites will be accorded following services.
Burial will be in Hillcrest Memorial Park.
Jason was born on January 8, 1976 in Streator to Robin and Cathy (McMillin) Watson.
He married Lynn Harding on February 14, 1999.  She survives.
Surviving is wife, Lynn Harding of Joliet, daughters, Cassie Fink and Kaylah Watson both of Streator, son Cody Watson of Streator and granddaughter, Riley Sphar, brothers, Chris Watson of Aurora and Robb (Elizabeth) Watson of Streator, numerous aunts and uncles, nieces and nephews and many good friends.
Jason was preceded in death by his maternal grandparents, Robert and Grace McMillin and paternal grandparents, Donald and Thelma Watson.
He attended Northlawn grade school and Streator High School.
Jason worked as a fork lift driver for Tyson Foods.
He will be missed by his family and friends.
In lieu of flowers, memorials may be directed to the family of Jason Watson

To order memorial trees or send flowers to the family in memory of Jason E. Watson, please visit our flower store.