He is preceded in death by his parents, wife, daughter Janet Galloway, brothers Jerry, Larry and Robert, sisters Evelyn Paull and Alice in infancy.

Jim attended Streator High School.  He served in the US Army during WWII serving in Japan and the Philippines.  He retired from the Glen Vissering Construction Company.  Jim built his home in 1957 and lived there until his death.  He was a member of the First United Methodist Church, Streator American Legion.  Jim enjoyed boating, golf, doing any handyman jobs, attending his grandchildrens sporting events and watching the Chicago Cubs and the Chicago Bulls play and he was on the honor flight to Washington DC.

Memorials may be made in his name to the First United Methodist Church.

To plant memorial trees or send flowers to the family in memory of James Spivey, please visit our flower store.

Carol and Brian:
Carol was sorry to hear of your loss,keeping you and Brian in our thoughts and hope the good memories ease the pain.

I am so sorry for your loss. What a wonderful man and couple. My Husband was in a car accident near Lostant in 1993 and I was following him in our van and seen the whole thing with out 2 kids. Mr. and Mrs.Spivey were coming back from Peru and he said that he just felt led to turn on this back road to Streator and there we were. I was a mess and they were so so helpful. Mr. Spivey drove me in my van back to Streator and stayed with me until they knew everyone was going to be ok. I will NEVER forget them and their acts kindness. Thankfully everyone recovered with a few scratches and bruises and my Husband had 4 broken ribs. What a wonderful loving couple. Praying for peace and strength in the days ahead, Hold on to the memories,,,,Mary Reed

A SENTIMENTAL THOUGHTS was ordered on July 1, 2019

Id like to thank you for being my uncle. I always enjoy talking with you about anything. Ill always remember our times together; thanksgiving dinners with all the families, family reunions, or just sitting around in the back yard of our house or yours and visiting. There were a couple of things I enjoyed the most and that was when we would work side-by-side with you and Dad on the campers and/or at my house in Wisconsin. Ill always remember our time together at the father and son banquets at your church; they were a lot of fun for me and the other boys. Oh, and by the way, thanks for letting me drive your Cadillac on one of the few nights you picked me up at Hardies after a high school football game and/or dance when my parents werent available to do so. That will probably be the only Cadillac Ill ever get to drive. It was like driving a cloud, it was so smooth.

Love You and Remember You Always, Garry Spivey

A TROPICAL DISH GARDEN WITH FRESH FLOWERS was ordered on June 30, 2019

Friends and Family uploaded 4 to the gallery. 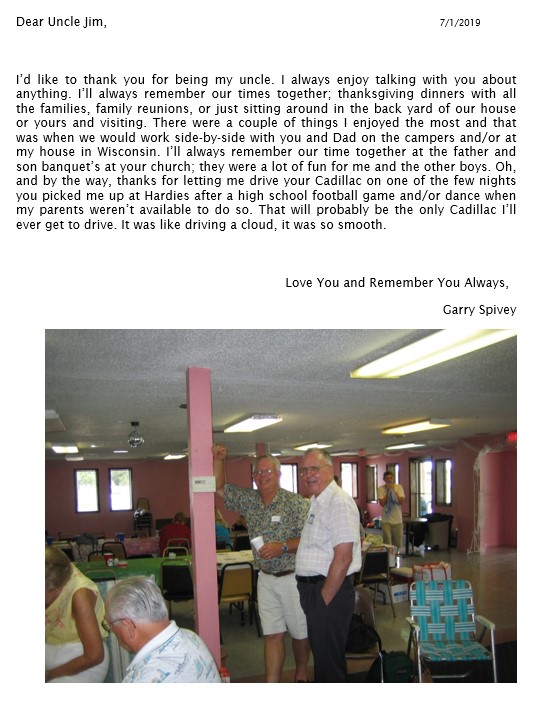 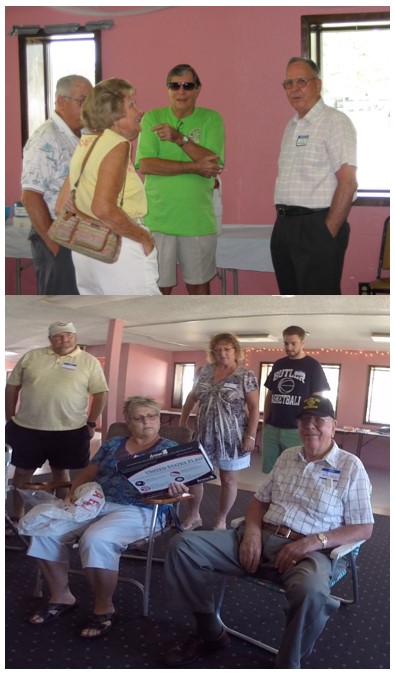