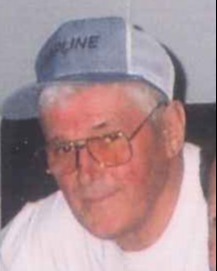 There will be no services.   Burial will be in Hillcrest Memorial Park.

He is survived by his daughters, Karen (Kenny) Orr and Kimberly (Daniel) Stoffle both of Streator, his beloved cat, Susie, 2 granddaughters, Stephanie Kee of Tennessee and Lindsay Orr of Streator and 5 great-grandchildren, Brandon, Kenny, Austin, Adam and Emma.

Jim served in the US Navy on the USS Nespelen AOG-55 from 1954-1957 and the Navy Reserves from 1957-1962.  He was a member of the Streator American Legion and the Streator VFW.  Jim retired from Consolidated Freightways in January of 1996.  He enjoyed watching sports, playing golf and drinking beer with his friends.  He enjoyed gardening after he retired.

The family would like to extend a heartfelt “Thank you” to OSF Hospice and his VA care team.

Memorials may be made to a charity of the donor’s choice.

To order memorial trees or send flowers to the family in memory of James L. Council, please visit our flower store.

Private family services to be held