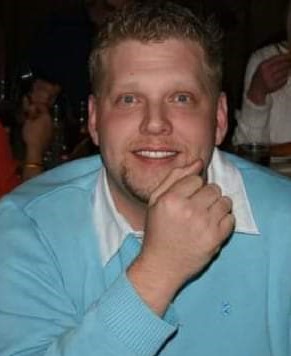 Jacob Russell Cave, 38 of Ottawa passed away suddenly Tuesday (January 1, 2019) at his home.

Following cremation a celebration of life will be held Sunday from 12 noon until 3 PM with eulogies given at 3 PM at the Grand Ridge Funeral Home.  Burial will be in the Grand Ridge Cemetery at a later date.

Russell was born on September 5, 1980 in Streator to Ralph and Elizabeth (Sutton) Cave Jr.

He is preceded in death by his father, grandparents Ralph and Lucille Cave and Russell and Josephine Sutton.

Russell attended Grand Ridge Grade School and graduated from Ottawa High School in 1999.  He was formerly a flight attendant for United Airlines.  Russell was a past member of the Grand Ridge Fire Department, lifelong 4-H member.  He enjoyed going to Flea Markets, Auctions and Museums.  Russell also enjoyed animals and collecting Longaberger Baskets.

In lieu of flowers memorials may be made to his family.

To order memorial trees or send flowers to the family in memory of Jacob Russell Cave, please visit our flower store.