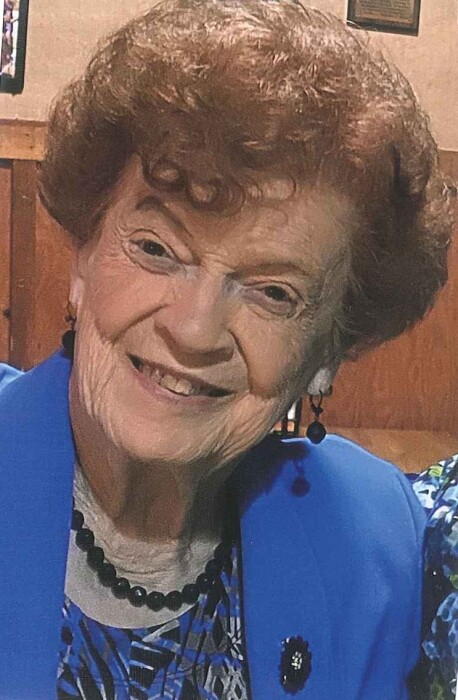 Irma L. Applegate, 93 of Streator and formerly of Blackstone was welcomed with open arms into heaven by her husband on Monday evening Jan. 4th, 2021.

A private family visitation and service will be held at the Winterrowd Funeral Home.

A public graveside service will be in Blackstone Cemetery 31043 IL 17 Streator. IL (1 mile south of the 17/18 Junction) on Friday at 1 PM.  Honorary pallbearers will be Walter Sandine and Bob Houser.

Irma was born on February 24, 1927 in Streator, IL to Robert and Irma (Chalfant) Notman.

Irma graduated from Streator High School and married her high school sweetheart, Cal Applegate on November 30, 1947, after he returned from serving in WWII. The couple were lifelong partners with Cal passing away on October 31, 2012, less than 1 month from their 65th wedding anniversary.  They had enjoyed over 64 years together and raised 3 sons and a daughter.

She was preceded in death by her parents, her husband, brothers, Lowell and Robert Notman and sister, Evelyn Ostick

She and Cal enjoyed traveling and made many long lasting friendships during trips to various countries and destinations through the years.  She was of the Methodist faith.

Irma was also a die- hard Chicago Cubs and Bulls Fan.  She was funny, kind, sometimes stubborn and extremely independent.  She loved her family and attended as many activities of her grandchildren and great grandchildren as she possibly could.

Memorials may be directed to the Blackstone Cemetery Association or The American Cancer Society.

To order memorial trees or send flowers to the family in memory of Irma L. Applegate, please visit our flower store.