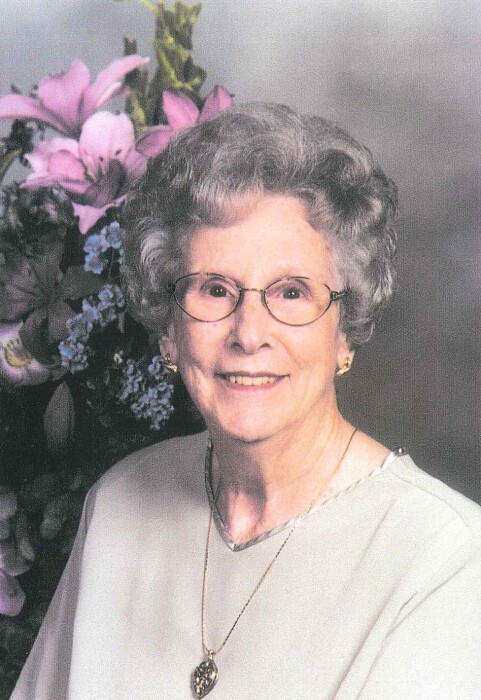 Surviving are daughters, Marlys (Gary) Grant of East Peoria, LuAnn Oltman of Streator and Laura Oltman of Flanagan, son, Randall (Marilyn) Oltman of Westfield, IN, 4 grandchildren and 5 great-grandchildren, brother Henry Budde of Minonk, sisters-in-law, Darlene Budde of Flanagan and Donna Gilmore of Florida and many nieces and nephews.

She is preceded in death by her parents, husband, daughter-in-law Sue and a grandson Jimmy Oltman, sisters, Bertha Decker, Esther Decker, Amelia Janssen and a brother Herman Budde.

Hilda attended school out in Nebraska.  She was formerly employed with Motorola in Pontiac, Owens Illinois Glass, Woodland School, Model Paris and was a housekeeper for many years.  Hilda was a member of St. Paul’s Lutheran Church, Streator, was a Sunday school teacher for many years and belong to a sewing circle with the church.  She enjoyed playing cards, word search puzzles, sewing, embroidering, and occasional trips to the boat with her sister Amelia.

The family would like to extend their deepest heartfelt thanks to all the Staff at Heritage Health, Minonk for caring deeply for their mother.  You are all ANGELS.

To order memorial trees or send flowers to the family in memory of Hilda Oltman, please visit our flower store.