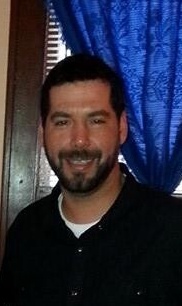 Harold Wilsman Carpenter II, 33 of Streator passed away Thursday afternoon (April 10) at OSF St. Francis Medical Center in Peoria.
Cremation rites will be accorded.
A memorial visitation will be held on Monday from 9AM-1PM at the Winterrowd Funeral Home.
Memorial services will be held on Monday at 1PM at the funeral home.
Burial will be in Riverview Cemetery.
Harold was born on December 10, 1980 in Streator, Illinois to Timothy J.Carpenter and Maria S. Tamez.
He married Sophia Gutierrez on August 16, 2003.
Surviving is his wife, Sophia Carpenter of Streator, daughters, Mercides and Maria Carpenter and son, Harold Wilsman Carpenter III all of Streator and a new son due in August, father, Timothy Carpenter of Streator mother, Maria Tamez of Florida, sisters, Elizabeth Carpenter of Florida and Sarah Carpenter of Streator, maternal grandmother, Sofia Tamez of Aurora, 18 aunts and uncles and several cousins.
He was preceded in death by a son in infancy, paternal grandparents, Harold Wilsman Carpenter and Sadie Carpenter, and maternal grandfather, Benjamin Tamez.
Harold attended Streator grade and High School.  He was a contract welder.
Memorials may be directed to the family of Harold Carpenter.

To order memorial trees or send flowers to the family in memory of Harold Wilsman Carpenter II, please visit our flower store.