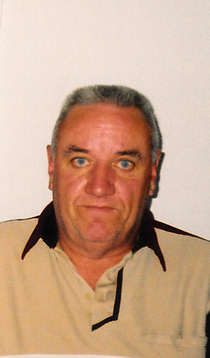 George E. Barlic, 61 of Streator passed away Tuesday evening (Jan. 20th) at his home.
A visitation will be held Friday from 4 â€“ 8 PM at the Winterrowd Funeral Home.  Funeral services will be held Saturday at 11 AM at the funeral home.  Burial will be in Riverview Cemetery.
Serving as pallbearers will be grandchildren, Amber, Kathleen and Darren Wilts, Dale Henkel, Michael Brown, Kurt Cook and honorary will be grandson William Wilts.
George was born on September 17, 1953 in Oglesby to George F. and Loretta (Grass) Barlic.  He married Gloria Legare on December 23, 1972 and she survives.
Also surviving is daughter Shelly (Marvin) Wilts of Streator grandchildren Amber (fiancÃ©e,â€™Ethan Sproul), Darren, Kathleen and William Wilts, sisters, Judy, Marge and Janet Barlic of Wenona and Gloria Costello of Spring Valley, sister-in-law, Christine Morgan of S. Illinois.
George is preceded in death by his parents a sister Evelyn Barlic and his mother-in-law Florence Legare.
He attended Wenona Grade School and graduated from Wenona High School in 1971.  George was employed by Con Way Freight in Utica, was a member of the Streator Eagles Club and was an avid Packers fan, St. Louis Cardinals fan, Boston Celtics fan, NasCar fan and enjoyed going camping.
Memorials may be made to the American Diabetes Association or American Heart Association.

To order memorial trees or send flowers to the family in memory of George E. Barlic, please visit our flower store.