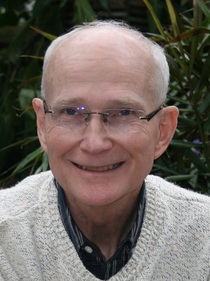 A visitation will be held from 9 to 11:30 AM on Monday at Winterrowd-Hagi Funeral Home.
Funeral services will follow at 11:30 AM at the funeral home.

Burial will be in Phillips Cemetery.

He is survived by his wife; daughters Kristen (Leonard) Lewis of Bourbonnais and Kendra (Daniel) Wolfe of Rockford; a son, Bradley (Julie) Robbins of Martinsville, IN; a sister Judith (Gerald) Street of Colorado Springs, CO; a brother G. Randall (Suzanne) Robbins of Aurora, CO; and nine grandchildren.

He was preceded in death by his father and mother.

Gary graduated from Danville High School, Danville, IL, in 1967.  He earned both his bachelorâ€™s and masterâ€™s degrees from Olivet Nazarene University, Bourbonnais, IL.  He taught 34 years as a fifth grade educator at Woodland School, Streator, and was the first teacher to receive the Excellence in Education Award at the school.

He loved teaching, but his passion was music, which saturated every part of his life.  He enjoyed life and had a joke or a song for every situation.

Gary was a member of the Streator Church of the Nazarene where he led music worship for 30 years and also served as a church board member and Sunday school teacher.

Memorials may be directed to the family of Gary Robbins.

To order memorial trees or send flowers to the family in memory of Gary L. Robbins, please visit our flower store.