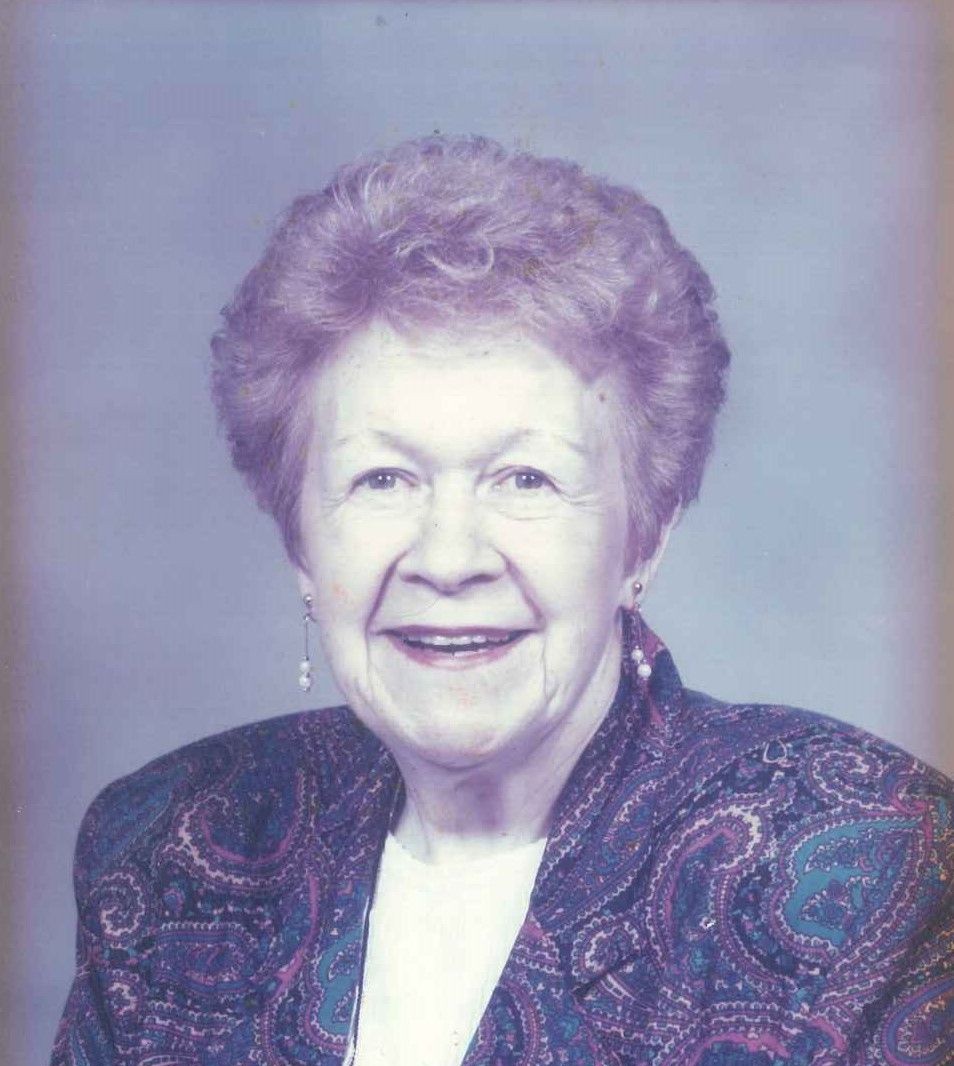 Burial will be in St. Andrews Cemetery.  Serving as pallbearers and honorary pallbearers will be her grandchildren.

She is preceded in death by her parents, husband John, oldest son John in 2006, brothers, George, Clarence, and Glen Rieuf, sisters, Jeanette Youngling and Elsie Adams.

Evelyn was a faithful Christian woman who dearly loved the Lord and her large family.  Her father would not let her go to high school, but she completed her GED later in life.  She worked at Libby Owens during WWII countersinking rivets in aircraft windshields, and she worked with the Evelyn Brue Music School.  She provided bus rides and home cooked lunches for Deer Park Elementary School.  After being widowed, she returned to work at Libby Owens Ford and LaSalle County Courthouse until her retirement.

Evelyn had a compassionate heart and was full of joy and laughter.  She worked hard all her life, and when she was not at work she enjoyed gardening, canning, traveling, Euchre, playing her steel guitar and spending time with her family.  She was also very proud of the fact that she soloed in an airplane.

Memorials may be made in her honor to the Grand Ridge Volunteer Fire Department, LaSalle County Nursing Home or a charity of the donors choice.

To order memorial trees or send flowers to the family in memory of Evelyn Mary (Rieuf) Skinner, please visit our flower store.

St. Andrews in the Field Church