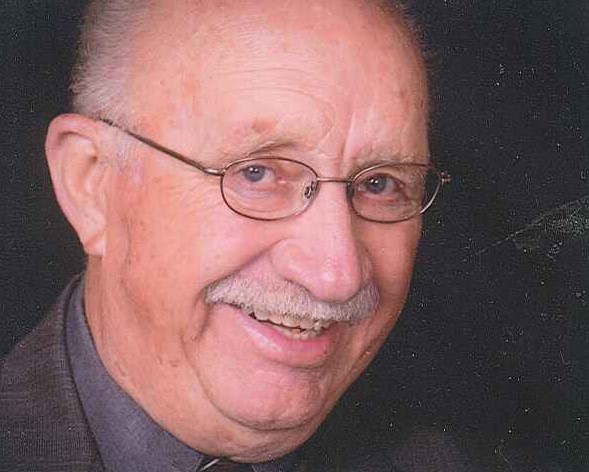 Visitation will be held Tuesday form 9 – 11 AM at the St. Paul’s Lutheran Church.  Funeral services will be held at 11 AM at the church with Pastor Bill Callister officiating.  Burial will be in the Center Cemetery, Flanagan with full military honors conducted by members of the Flanagan American Legion.

He is preceded in death by parents, beloved wife Sally, 3 brothers, Orville, Harold and Dale Beckman.

Eugene graduated from Cornell High School in 1951. He served in the US Navy and Marines during the Korean War.  Eugene retired from Streator Brick Mfg after 48 years.  He was a member of the St. Paul’s Lutheran Church and Council, Streator American Legion, Streator Ramp Builders, Streatorland Food Pantry and served as a Scout Master.

Memorials may be made to St. Paul’s Lutheran Church, Streator Ramp Builders or Wounded Warrior Project.

To order memorial trees or send flowers to the family in memory of Eugene W. Beckman, please visit our flower store.