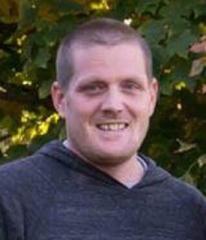 Visitation for Eric will be Wednesday (August 1, 2018) from 1 to 4 pm at the Winterrowd-Hagi Funeral Home, Streator.  Memorial services will be at 4 p.m. following the visitation at the funeral home.  Pastor Rodney Kreier will officiate.  Cremation rites have been accorded.

Eric was born in Streator on July 7, 1979 to Eric E. Anderson Sr and Dana Shipley.

He was preceded in death by his father, grandparents Virgil and Lois Anderson and cousin Dustin Hallam.

He graduated from Streator Township High School and was a roofer by trade.

Memorials may be made to the family.

To order memorial trees or send flowers to the family in memory of Eric E. Anderson, please visit our flower store.