A visitation will be held Saturday from  10:00  a.m to 2:00 p.m. at the Winterrowd Funeral Home.  Funeral services will be held at 2:00 p.m. at the funeral home.  Burial will be in the Riverview Cemetery with full military honors conducted by members of the Streator American Legion and VFW Ritual Team.

Elzia attended school in Hennepin and Streator High School.  He served in the US Navy on the USS Rolette (aka 99) during the Korean Conflict.  Elzia retired from Kroger Company as a butcher for many years.  He was a member of the Starved Rock Model A Club and was a cub scout leader in his earlier years.

Elzia met the love of his life on a blind date. They were able to celebrate 60 loving years of marriage together. He was a loyal husband, and was very much in love with his wife until the day he passed.

Over the years, he loved to tell stories from his days in the Navy. He and his wife looked forward to traveling to see his shipmates yearly for the USS Rolette ship reunion.

He was an avid outdoorsman who loved to hunt and fish. He taught his children how to hunt. He taught his children and grandchildren how to fish, a favorite pastime of his. Some of his happiest times were on his boat in Chetek during his yearly fishing trip. He seemed to know where to find the fish so everyone could have a great time fishing. He always had funny stories to tell of his fishing escapades over the decades.  He looked forward to sharing his catch with friends and family during his annual fish fry.  In general, he always had a great sense of humor and spread laughter to his family and friends.  He had a green thumb, enjoying making meals from his vegetable garden. He was an enthusiastic euchre player that never lost a game; his partner did. He never missed a Cubs game and enjoyed watching these games with his wife.  If the Cubs were not playing and he was watching television, he would turn on a Western.  There was not a Western he had not seen many times.  When the weather was nice, he would work on his Model A, one of the many cars he owned over his lifetime.  He had a passion for taking good care of it, driving it, sharing it with his family, and taking it to Cruise Night to share his love of classic cars with others.

He was much more than a father and a grandfather. He was a selfless provider, teacher, friend, hero, advice giver, listener, call in a pinch, problem-solving, loving man.  He was the staple of the family, who showed others how to love and the importance of family and friends.  He will be missed greatly.  However, we can find peace because he can now be with his two sons and the love of his life.

Memorials may be made to the First United Methodist Church Bell Choir Fund.

To plant memorial trees or send flowers to the family in memory of Elzia Turpin Jr., please visit our flower store.

I knew Elzia when I was a Cub Scout leader and I had his son Eddie in my den. Eddie was a great kid and the same age as my son who was also in the den. If I needed a parent for some activity the scouts were involved in I could always count on him to be the parent who volunteered immediately. He was a good and loving parent. When he and his wife lost Eddie at such a young age it was devastating for them. I don't know if they ever got over that loss. Rest in peace Elzia. My condolences to his family.

What a wonderful neighbor he was as I was growing up on N. Wasson St. !

A great friend and neighbor to my mother JE. She love talking with the Turpins. Peace be with you and your families.

Friends and Family uploaded 324 to the gallery. 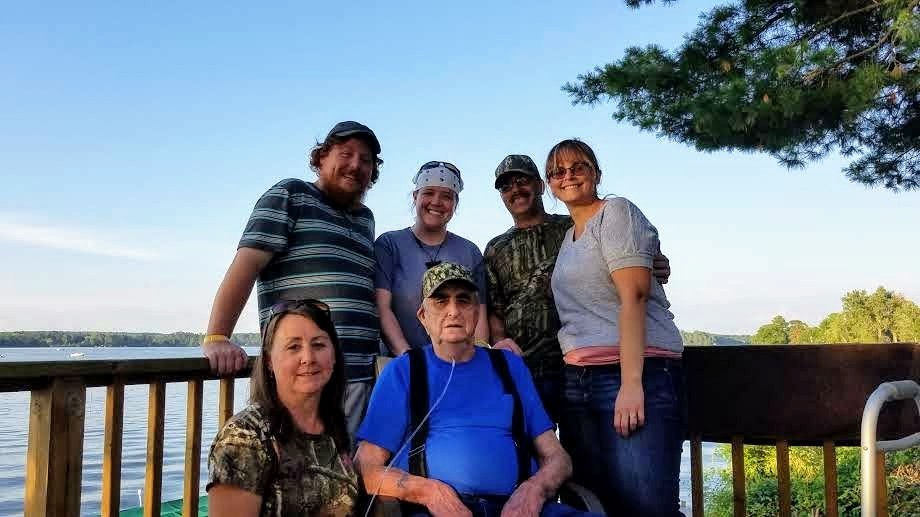