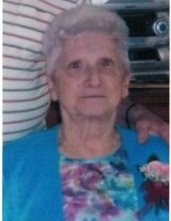 She is preceded in death by her parents, husband, grandson Erich Missel and great-grandson Darius Missel.

Betty attended Streator grade schools and Streator High School.  She was a member of the Central Church of Christ.

To order memorial trees or send flowers to the family in memory of Elizabeth "Betty" H. Missel, please visit our flower store.