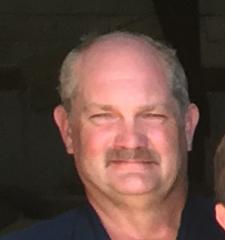 Earl was born on July 28, 1969 in Streator to Walter and Sally (Keller) Bernard.

Earl graduated from Grand Ridge Grade School and Ottawa High School in 1987 and graduated from Joliet Junior College with an Associates in Agriculture Business in 1989.  He farmed alongside his Father, Brother and Nephew in the Grand Ridge area and was a member of the Holy Trinity Lutheran Church, the LaSalle County Farm Bureau, and the Farm Ridge Township Planning Commission Land Use Committee.  Earl enjoyed watching his sons show sheep and performing for the Madrigals.  Earl was an active 4-H and FFA member showing cattle.  He was instrumental in getting his nephew and niece involved in the Hereford Cattle Business.

Memorials may be made to the Grand Ridge Volunteer Fire Department or his son’s educational fund.

To order memorial trees or send flowers to the family in memory of Earl W. Bernard, please visit our flower store.