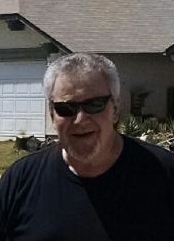 Donald R. Koskovich, 77, formerly of Streator passed away on Thursday evening, (October 1st) at Honor Health John C. Lincoln, Deer Valley Hospital in Phoenix, AZ . Donald was born June 6, 1938 in Streator, IL to Andrew and Veronica Koskovich. Donald served in the US Army, La Rochelle, France. in the early 60’s. During his service, he was recognized for his determination and devotion to duty which rapidly identified him as an exceptional individual earning him the respect and admiration of his superiors and associates. After his return to the states, he began his career with Litton Data Systems where he was very successful. He retired as the Plant Manager and went on to enjoy life. His simple joys were fishing, grilling, NASCAR, time spent with family and his faithful dog, Bear. He is preceded in death by his parents, Veronica and Andrew Koskovich. He is survived by his wife, Barbara (Foote) Koskovich, their daughter Andrija R. (Koskovich), her husband Nathan and their two children, Cale and Ashton of Durango, CO.; his first wife and childhood sweetheart, Etta R. (Mann) Koskovich and their two children, Michael A. Koskovich and Michelle L. (Koskovich) Holmes of Phoenix, AZ. and 2 granddaughters , Sierra and Raechelle Koskovich. Brother, Ron Koskovich, his wife Rosalie, their children, and Donald’s baby sister Pamela Elkins and her son are also survivors. Services in his remembrance are to be held 1:00 PM Friday (October 16th) at Best Funeral Services, West Valley Chapel in Peoria, AZ.  To send condolences or for further information, e-mail his daughter, Michelle Holmes at Messages2Don@cox.net .

To order memorial trees or send flowers to the family in memory of Donald R. Koskovich, please visit our flower store.