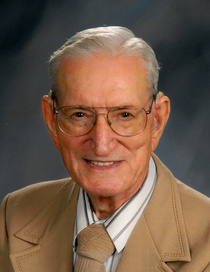 Delbert L. Brunton, 88 of Streator passed away Thursday afternoon (Oct. 16th) at Heritage Health Care in Streator.
A visitation will be held on Monday from 10-11AM at Winterrowd Funeral Home.
Funeral services will be held on Monday at 11AM at the funeral home with Pastor Roger Hurlbut officiating.
Burial will be in Hillcrest Memorial Park. Flag folding ceremonies will be conducted by the Streator American Legion post#1492 and the Streator VFW post #217.
Honorary pallbearers will be Christy Martin, Kim Simister, Gary Brunton, Mike Lindsay and Mike Micklos.  Pallbearers will be Paul Micklos, Troy, Todd and Christopher Lindsay and Steve and Julie Mounce.
Delbert was born on February 20, 1926 in Beaver City, Indiana to Arlie and Velma (Bassett) Brunton.
He married Shirley Valentine on November 27, 1945.  She passed away January 19, 2005.
Surviving are daughters, Sharon (Mike) Micklos of Streator, and Sandra (Michael) Lindsay of Leesburg, FL, son, Larry (Patty) Brunton of VA, 8 grandchildren, 23 great-grandchildren, sisters, Josephine (Donald) Ely of Cornell and Norma (Richard) Cooper of Wooster, OH and sister-in-laws, Betty Brunton of Colorado and Naomi Brunton of Streator.
He was preceded in death by his parents, wife, and brothers, Ray, Ted and Jim Brunton, sisters, Jean Yoder and Joyce Jackson and sister-in-law, Sue Brunton.
Delbert graduated from Cornell High School in 1944.  He served in the U.S. Navy during WWII.
He was self employed as a trucker and mechanic.  He owned two semis.
Memorials may be directed to Spiritual Meat Ministries Inc., P.O. Box 701566, St. Cloud, FL 34770-1566 or a charity of the donorâ€™s choice.

To order memorial trees or send flowers to the family in memory of Delbert L. Brunton, please visit our flower store.