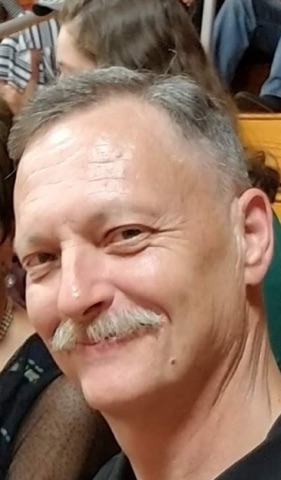 Born January  27, 1962 in Streator, He was the son of Elaine (Falling) Whalen of Streator and Lawrence Whalen of Chicago.

He is Survived by his one and only son Ethan Patrick Whalen of Streator, whom he shared parenting with Jackie Reeland Bliss of Streator, brothers,  Lawrence Whalen of Anaheim California and James (Martha) Whalen of Victorville California and two nieces, one nephew and many cousins. Dave had a very special bond with his cousin Karen Duncan and her husband Roger, who he and Ethan spend many holidays with.

Dave was born and raised in Streator, graduated from Streator High School and served in the United States Navy.  After he returned home from the Navy he worked for Morgan's Body shop previously Crampton's Auto Body for over 30 years.

Dave had many interests.  He had a passion for old cars, old music and old movies. He spent his high school years learning how to repair cars and even restored an old Cadillac.  Dave had always loved being on the water.  He enjoyed boating and fishing with his Father and brothers and enlisted in the US Navy.  He absolutely loved being out on the ocean and traveling the world.  Dave had a great sense of humor and could always make you laugh.  Especially his imitations of old actors like Clark Gable and John Wayne.  He will be remembered for being a great man and a loving Father.  He was so proud of his son and spent all of his free time with him.  They spent every weekend together.  Their first stop was at Dave's favorite restaurant, The Country Cupboard for breakfast, then shopping for old vinyl records and watching old movies together.  They were best friends.  He will be greatly missed by his son, his family and his many friends.

Message from his son Ethan:

I was so proud to be able to call myself my Dad's son.  He was the best Dad any kid could ask for.  We would always watch old movies and listen to records together.  Those times were priceless.  He would always imitate actors, my favorite ones he did were Clark Gable and Humphrey Bogart.  My favorite moments were when we would just talk to each other.  It didn't even matter what we talked about.  I just loved talking to him.  I would always learn something new.  Every Saturday we would go to the record store and buy records.  Those days I will sorely be missed.  We would always eat at the Country Cupboard.  That was our favorite place to eat.  He was the most genuine and sincere person I ever knew.  I will always remember the great times we had together.  At the end of the day, I lost the greatest Dad, but I also lost my best friend.  "Here's looking at you Dad"  I Love You, Ethan.

At Dave's request there will be no visitation for his passing.  Full Military Rites will be performed privately for the family. Memorials may be made to the Family of David Whalen.

To order memorial trees or send flowers to the family in memory of David L. Whalen, please visit our flower store.