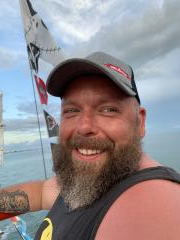 David W. Prokopec, 36 of Pontiac passed away Sunday morning from injuries received in an automobile accident in Streator.

Visitation will be held Saturday from 10 AM until 1 PM at the WInterrowd Funeral Home.  Military Honors will be conducted at the funeral home at 1 PM by members of the Streator American Legion and VFW.  Burial will be in the Leland Cemetery, Leland.

He is preceded in death by his father and paternal grandparents Jerry and Rosemary Prokopec.

David attended Leland grade school and graduated from Leland High School.  He served in the US Navy.

Memorials may be directed to his family.

To order memorial trees or send flowers to the family in memory of David W. Prokopec, please visit our flower store.