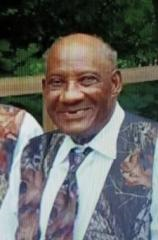 Dave was the son of Mary Edwards and Dave Williams.Â  Dave united in holy matrimony with Malissa on January 15, 1947.Â  Through this blessed union four children were born, Ethel, Charles, William and Queen.

He was formerly employed at Penn Central Railroad for 30 years.

He was preceded in death by his mother, father, wife, daughter Ethel, son Charles and 4 grandchildren.

Private family services will be held at the Winterrowd Funeral Home and burial will be in Riverview Cemetery.

To order memorial trees or send flowers to the family in memory of Dave "DW" Williams, please visit our flower store.