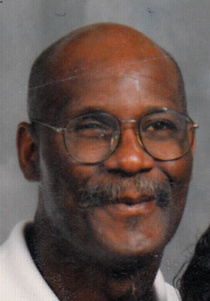 Charles J. Williams, 62 of Streator passed away Saturday morning (Jan.18th) at his home.
A visitation will be held on Wednesday from 3-5PM at the Winterrowd Funeral Home.
Funeral services will be held on Thursday at 11:30AM at the Funeral Home.
Burial will be in Riverview Cemetery.
Charlie was born on October 13, 1951 in Jonestown, Mississippi to Dave and Melissa (Washington) Williams.
He married Earlene McIntosh on November 21, 1969.  She survives.
Also surviving are children, Paula (Victor) Wilinski, Michelle Williams, Patrick (Desiree) Williams, Yolanda (Dale) Brown, Yotosha (Justin) McLaughlin, and Christopher (Kimberly) Williams all of Streator, 23 grandchildren, 3 great-grandchildren, father, Dave Williams of Streator, brother Willie Williams of Streator and sister, Queen (Robert) Carver of Ottawa.
He was preceded in death by his mother, son, Michael Williams, grandchildren, Kamiley and Kanisha, great-grandchildren, Chloe, and Laya, and sister, Ethel Fontenot.
Charlie attended Streator Grade Schools and Streator High School and was a member of the Calvary Baptist Church in Ottawa.  He worked as a machine operator at the Streator Brickyard.  He attended IVCC and received a certificate for an electrician.
Memorials may be directed to the family of Charlie Williams.

To order memorial trees or send flowers to the family in memory of Charles J. Williams, please visit our flower store.