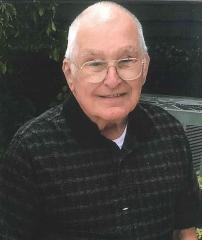 Chuck attended the school of “Hard Knocks”. He retired from Anchor Glass in 1994. He was a member of the Sandyford Sportsmans Club.  He enjoyed gambling, crappie fishing, watching the Chicago Cubs and wrestling.

Memorials may be made to the OSF Hospice Program or to the American Cancer Society.

To order memorial trees or send flowers to the family in memory of Charles "Chuck" F. Slack Sr, please visit our flower store.