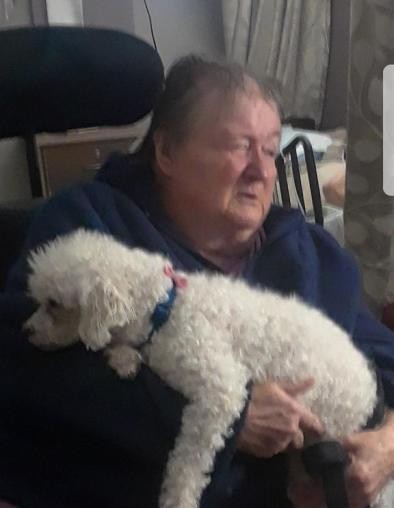 Barbara A. Nodine, 69 of Toluca and formerly of Rutland and Streator passed away Thursday morning (October 18th) at Aperion Health Care in Toluca.

A visitation will be held on Tuesday from 11AM -1PM at the Winterrowd-Hagi Funeral Home.

Funeral services will be held on Tuesday at 1PM at the funeral home.

Burial will be in Long Point Cemetery.

She is preceded in death by her husband, daughter, Jennifer Schappaugh, son, Curtis Nodine and several great-grandchildren.

Barbara was a homemaker and of the Christian Faith.

Memorials may be made to Aperion Health Care in Toluca.

To order memorial trees or send flowers to the family in memory of Barbara Ann Nodine, please visit our flower store.