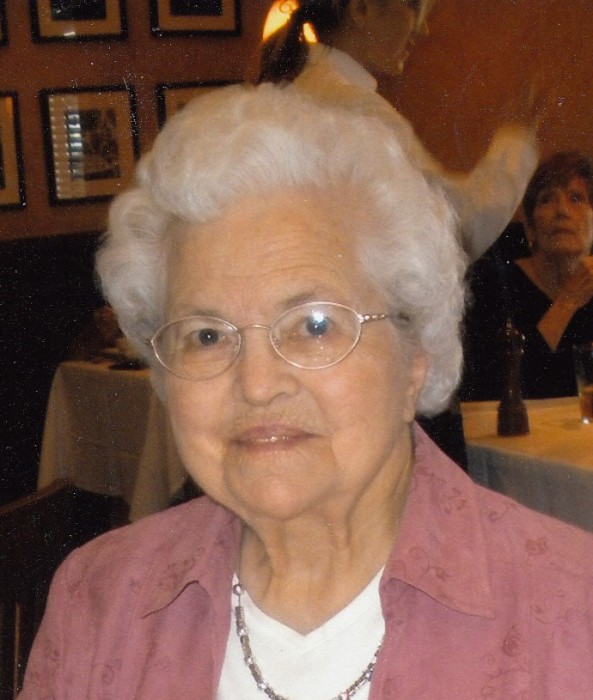 Arla B. Barr, 97 of Normal and formerly of Streator passed away Monday morning (Oct. 3rd) at Evergreen Village in Normal IL.

Burial will be in the Lostant Cemetery.

She was preceded in death by her parents, sisters, Amy Grant and Alberta, JoAnn and Ada Marie Grivy and brothers, Samuel, Robert and William Grivy.

She was a member of the First United Methodist Church in Streator, where she was very active in various activities.   Arla was a 3rd grade teacher in the Streator School System who was loved and admired be all of her students.  Arla’s life centered on a strong faith, a genuine love, for family, friends, and all who knew her, her thoughtful words of encouragement and a quiet, listening ear.

Memorials may be directed to The Broadway Arms Community Living Facility where her grandson David Matusik resides, (203 Palm St. Canton, IL  61520 in C/O Katie Matusik) or to the donor’s choice.

To order memorial trees or send flowers to the family in memory of Arla Barr, please visit our flower store.